Two-photon imaging technology has been widely used for dynamic three-dimensional imaging of living cells due to its superior characteristics. The technique makes it possible to study biological tissue in vitro on a three - dimensional micron scale. 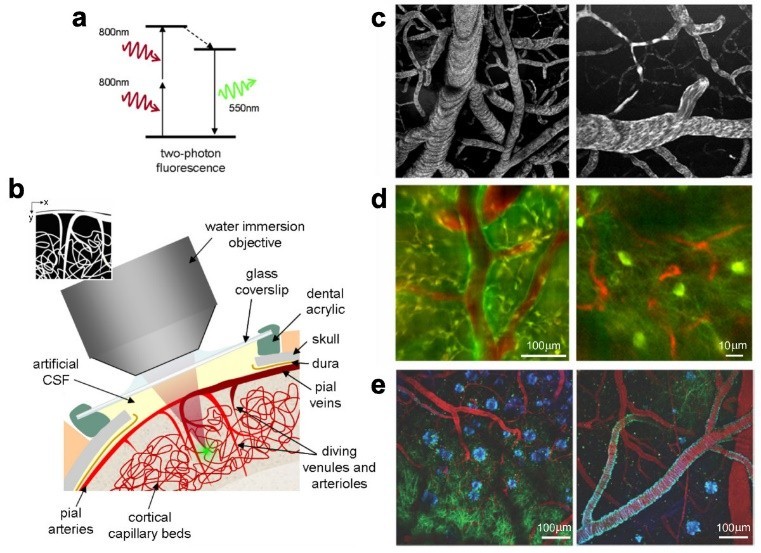 energy difference between the ground state and the excited state, this is called single-photon absorption. Two-photon absorption/excitation refers to the process of transition from the ground state to the excited state with twice the photon energy when the molecule absorbs two photons at the same time under the excitation of strong light. Two photons can be the same wavelength or different wavelengths, but must be absorbed simultaneously (the time interval between the two photons reaching the excited molecule is less than 1 femtosecond). Two-photon excitation is a third-order nonlinear optical (NLO) phenomenon, which can only be manifested under the action of a laser whose intensity is equal to that of the electric field inside the molecule. Under the condition of high optical density, the two long-wavelength photons are absorbed by the fluorescent molecules, and the excitation fluorescence molecules emit the shorter-wavelength photons. It can also be understood as a molecule or atom reaching the excited state by absorbing two photons simultaneously through a virtual intermediate state (the lifetime is only about one thousandth of the excited state). 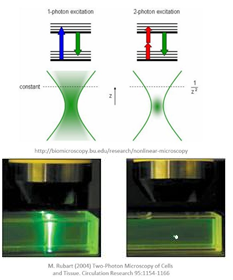 Advantages of two-photon technology in biological development and bioluminescent probes:

(1) In general, the two-photon absorption cross section of biological endogenous molecules is very small, so the dark field imaging can be realized due to the small background interference. Since the wavelength of excitation light and emitting light are different greatly, the interference of excitation light to the detection of emitting light is reduced, the detection background is effectively reduced, and the signal-to-noise ratio is improved.

(2) Long wave excitation, short wave emission. Long-wave infrared light is not easy to be scattered by cells, the penetration depth of samples is deeper, and can be used to detect thicker samples; Furthermore, the light damage of long wave light source to organisms is small. The wavelength of the absorbed long-wavelength photon is twice as long as the single-photon excitation light of the fluorescent molecule. In this way, the fluorescence molecule that needs to be excited by single photon of ultraviolet excitation light can be excited by two photons in the wavelength range of near-infrared or even infrared light. Therefore, two-photon technique can greatly reduce the phototoxicity in the detection of living samples.

(3) Two-photon excitation occurs only at high optical density. Using laser focused excitation, the volume of the area where the stronger fluorescence occurs is lambda cubed, the absorption cross section is small, the spatial resolution is high, and the photobleaching area is small. 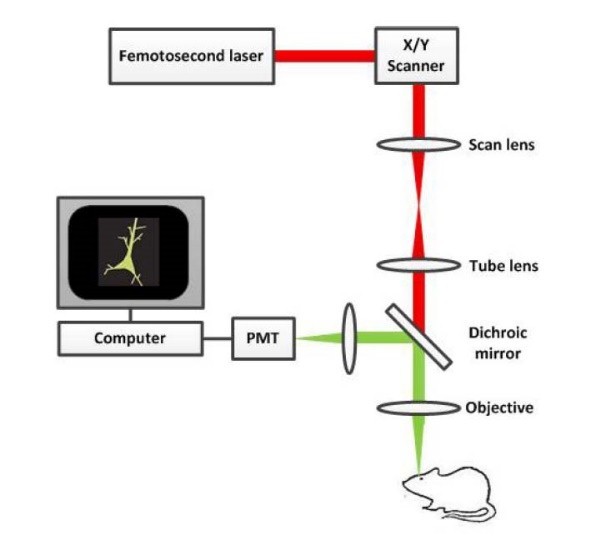 The image quality of two-photon imaging depends largely on the peak power of the excitation light, and the peak power depends on pulse width and monopulse energy. The Rainbow series ultrafast fiber laser of NPI lasers achieves femtosecond output with short start-up time and stable pulse output. This series of products are based on all-fiber structure. Therefore, the product is stable and easy to maintain. Each product before the factory has carried on ten thousand times mode locking test, which has guaranteed the product's long-term reliability greatly. 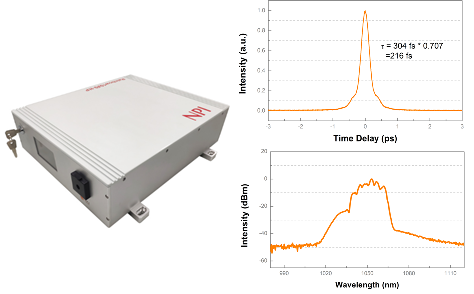 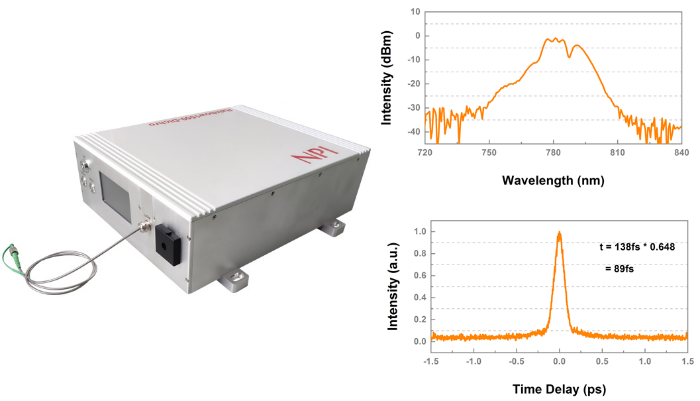